Off-roading on the dunes probably dates back to the 1950s. Years ago, I found a postcard at an antique store that featured some jalopies and trucks outfitted for sand driving. Dated February 10, 1965, it was sent from Yuma, Arizona, just 20 minutes from the south dunes. The caption reads, “Sand buggies of the Southwest: This homemade vehicle affectionately called a sand buggy or dune bug is now a prominent sign of help on the desert as well as for recreation. The dune bug is rebuilt throughout, is almost square, and is specially adapted for desert and mountainous terrain in all kinds of weather.”

Back in the 1990s, some friends and I planned a dune trip after one of our buddies, Bill Lanphier, discovered a waypoint list of strange findings in the dunes. The plan was to spend an entire day searching for the locations of some World War II bombing targets, a plane crash site, and—a water fountain? 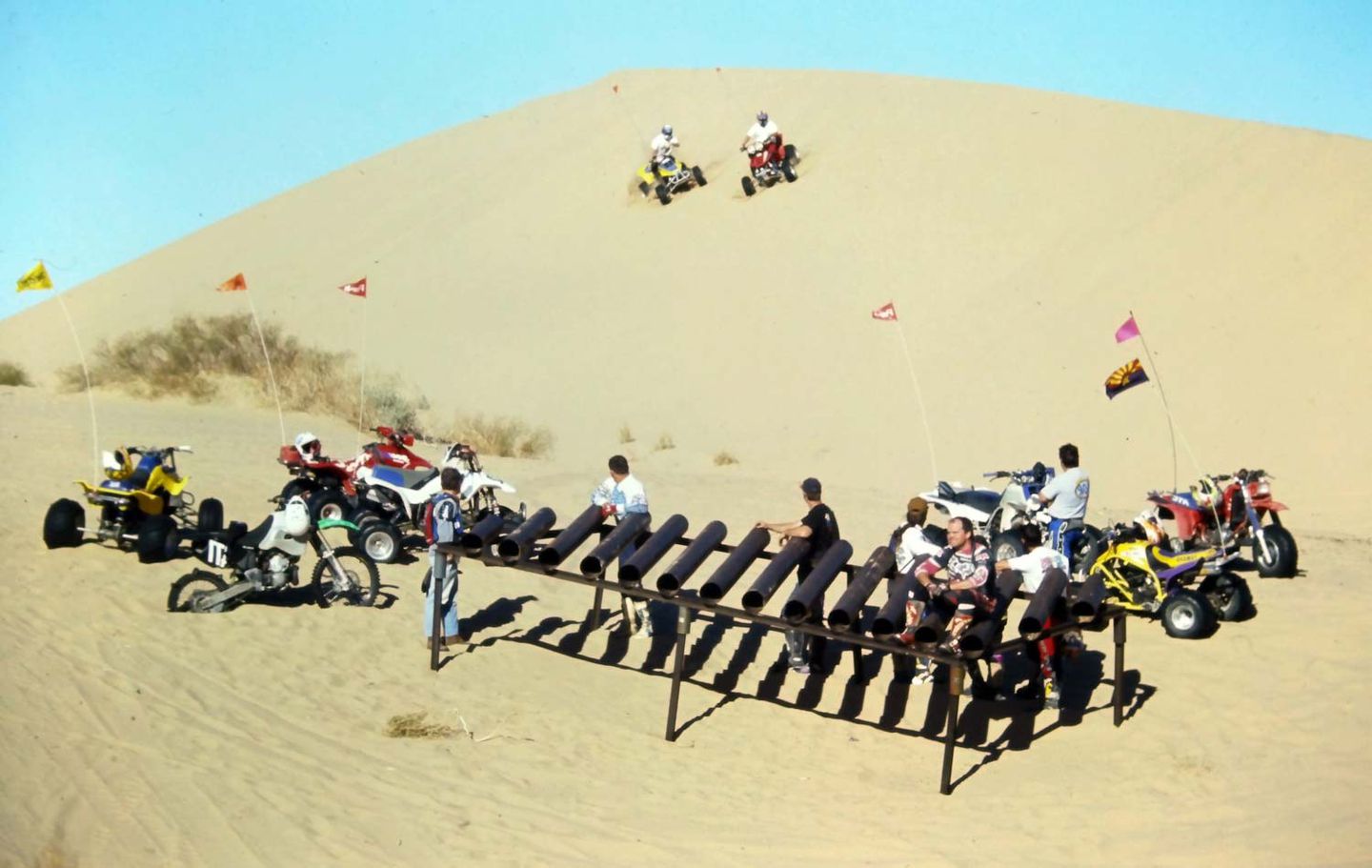 The Xylophones, which are WWII practice bombing targets, can be found in two locations. Bill “WBGO” Lanphier 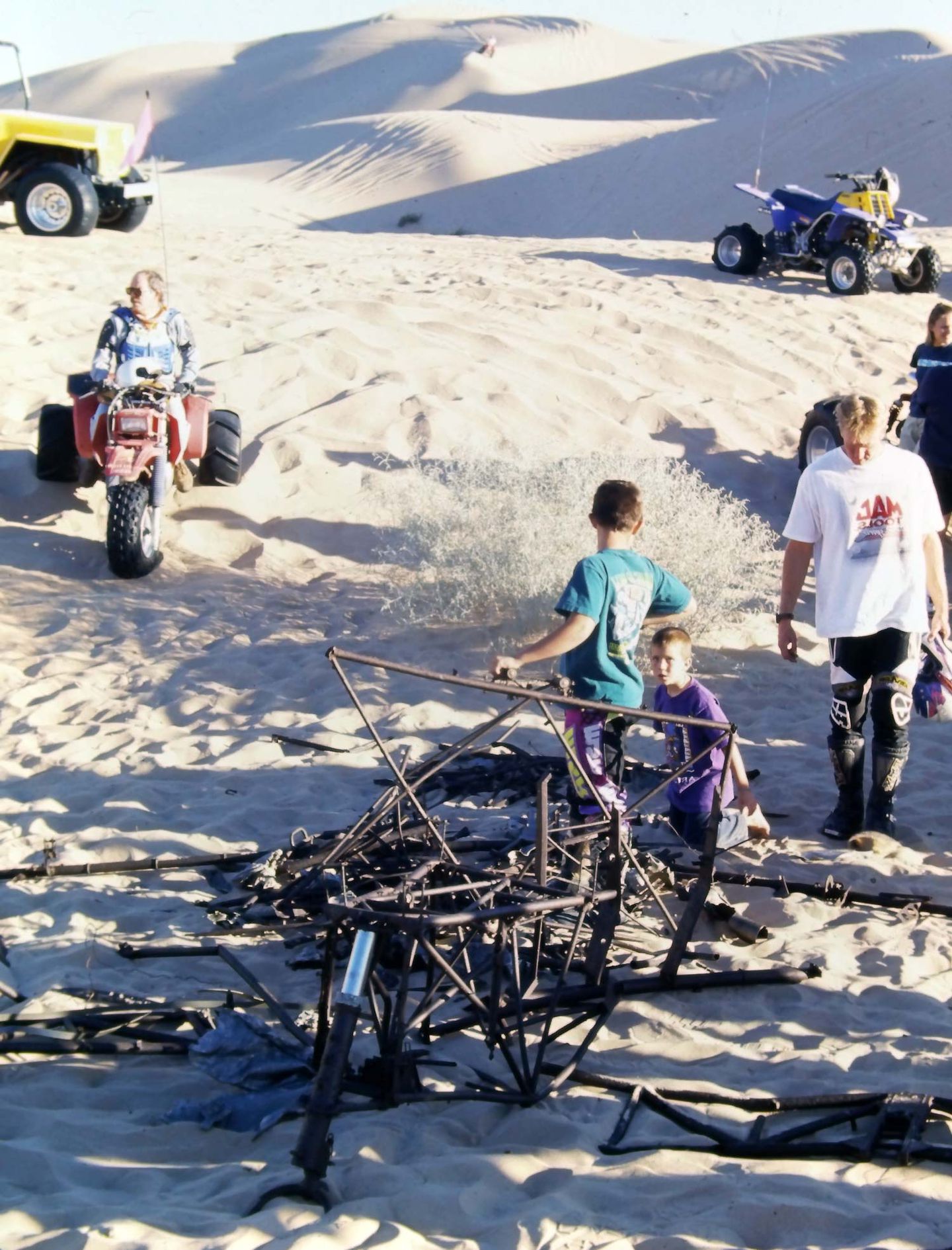 Our next stop was rumored to lead to a biplane crash site. Some claimed it was a WWII bomber. We found the crash, with its front landing gear still at the nose. But the plane appeared to be a small experimental aircraft, and definitely not a bomber. What the plane was and why it crashed remains a mystery. GPS coordinates: 32′ 52.22 N / 115′ 02.53 W. 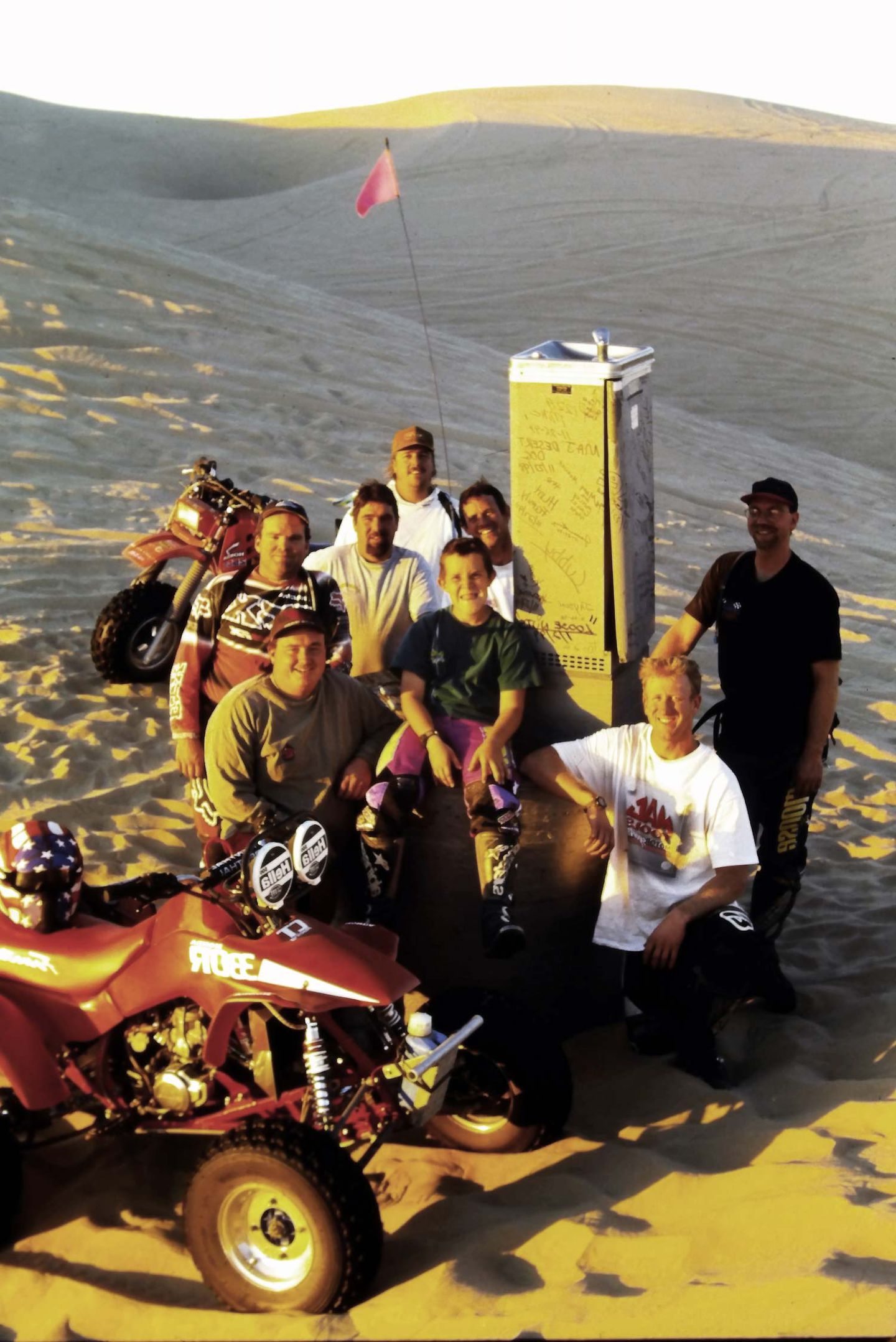 The “mythical water fountain” is not a myth at all. Bill “WBGO” Lanphier

The weirdest thing we visited was commonly referred to as the “mythical water fountain.” But it wasn’t a myth at all. The story was that this water fountain was dragged into the dunes in the 1960s by hippies who wanted to provide hikers and adventurers with drinking water.

The fountain sat atop a platform containing a water tank with a car battery hookup for power. The battery was removed but it still appeared functional. It looked like the thing was more likely put up in the ’80s or ’90s, and not by hippies. The fountain was removed sometime around the turn of the century because the BLM felt it could be a public safety hazard. 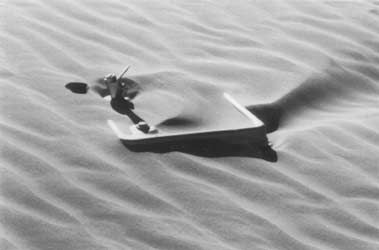 The water fountain buried in the sand by high winds. Sociometry

Today, the dunes are dotted with landmarks and memorials. The Flagpole is a popular Veterans Day camping and gathering spot southwest of Oldsmobile Hill. The spot hosts an air show and flag raising every year over Veterans Day weekend. GPS coordinates: 32′ 55.40 N / 115′ 04.84 W. 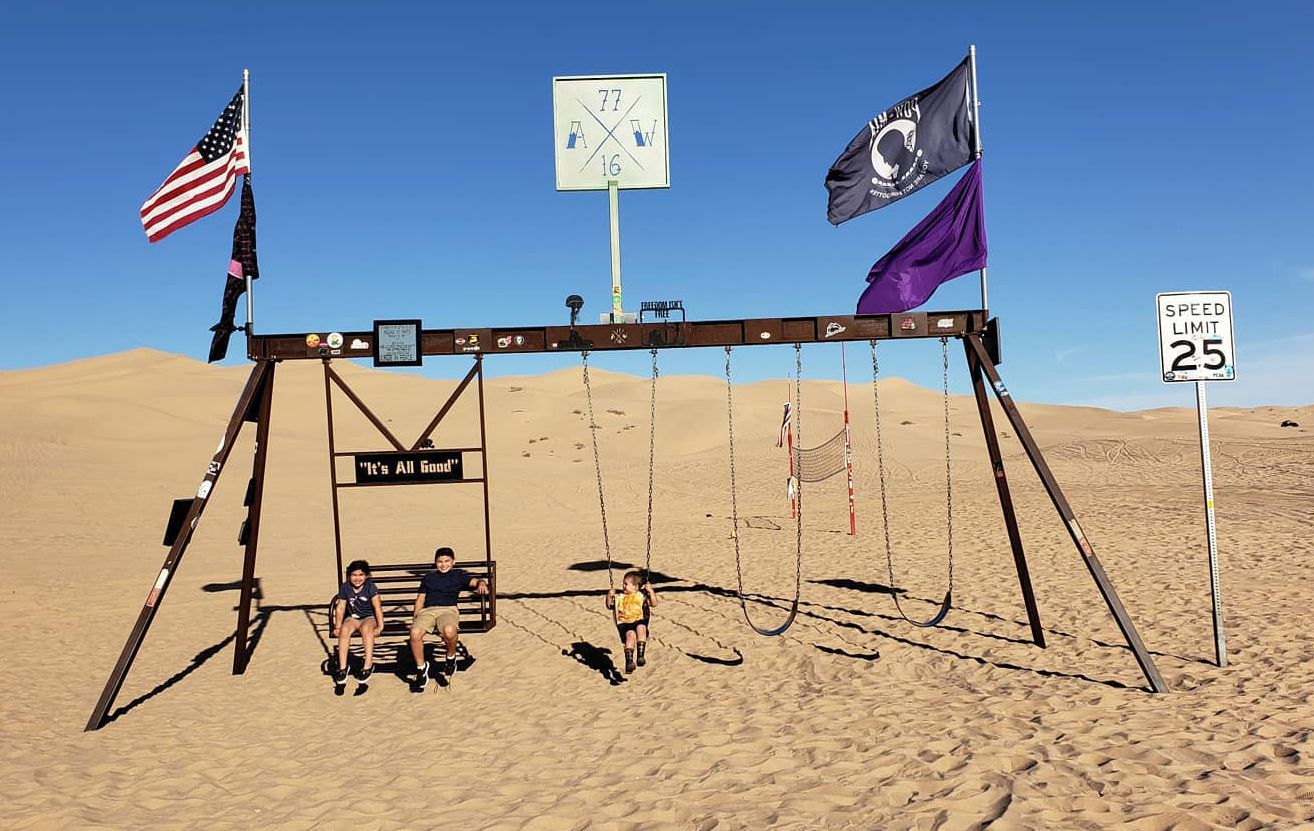 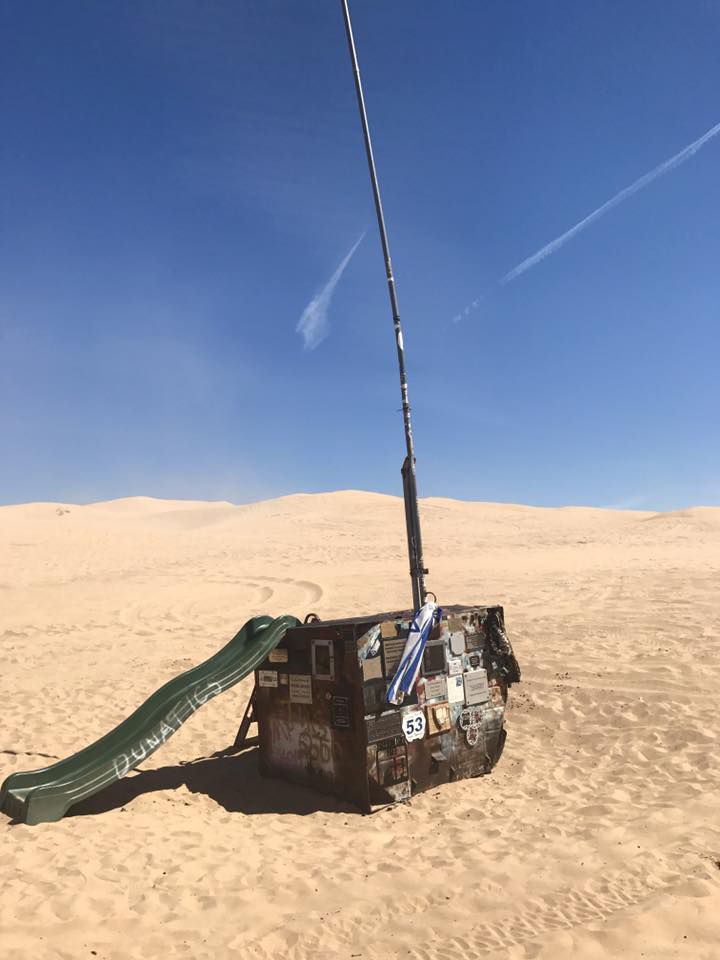 One of several Veteran Memorials found in the dunes. Eric Neidhart