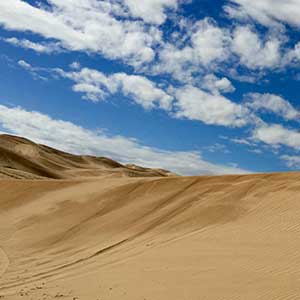 In what many are calling a huge victory for the OHV Community, the Ninth Circuit Court of Appeals ruled today that the Imperial Sand Dunes RAMP, which in 2014 reopened thousands of acres of dunes to OHV recreation, can remain in place as-is.

In a unanimous opinion, the three-judge federal court panel rejected plaintiffs' claims that BLM's decision to open additional land to OHV use violated the Endangered Species Act, Clean Air Act, the Federal Land Policy and Management Act, and the National Environmental Policy Act. The panel held that impacts to the federally-threatened Peirson’s milkvetch did not require an “incidental take” statement from the U.S. Fish and Wildlife Service.  In addition, the panel held that BLM did not act arbitrarily or capriciously when determined that reopening the previously-closed dune areas would not cause an increase in air quality impacts, such as dust.

Unless Anti-access groups want to expend an exorbitant amount of resources on a full 9th Circuit Court hearing and/or appeal to the Supreme Court, the validity of the ISDRA RAMP is confirmed.

The Anti-access group’s only viable option now is to have one or more species in the dunes declared threatened or endangered under the Endangered Species Act. So we must continue our vigilance in protecting our right to motorized recreation at the Imperial Sand Dunes.