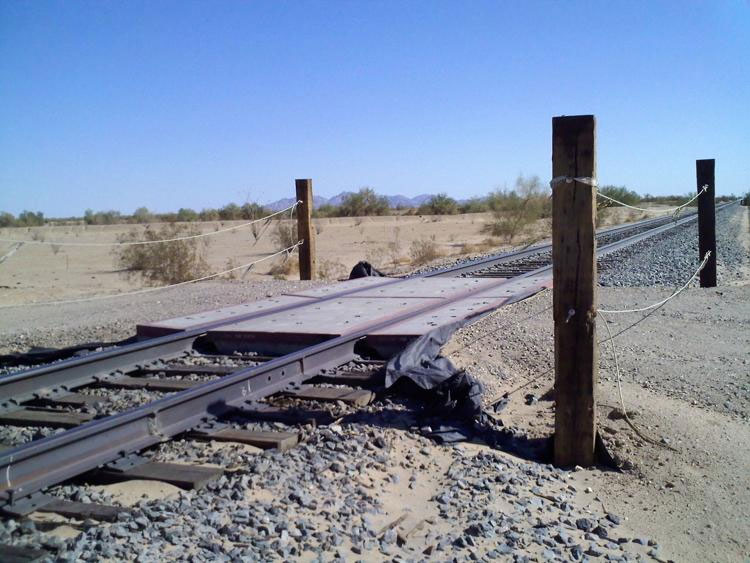 The ASA has filed a complaint with the California Public Utilities Commission to reopen previously closed crossings across the tracks in the Imperial Sand Dunes Recreation Area.

The discussions were prompted in part by a recent California Public Utilities Commission complaint filed by a coalition of OHV groups against Union Pacific Railroad, which in recent years had eliminated several railroad crossings that were widely used by OHV enthusiasts at the dunes.

Although the Sept. 26 CPUC complaint established an administrative timeline by which parties can formally address the complaint, more recent talks appear to have raised plaintiffs’ hopes, said Kerry Griggs, legal affairs director for the American Sand Association, one of the plaintiffs.

“We think there’s a good chance all the stakeholders can sit down and hopefully work out a reasonable compromise and solution,” Griggs said. “We’re hoping that parties can sit down and short-circuit the whole process.”

The CPUC complaint, jointly filed by the American Sand Association and EcoLogic Partners Inc., specifically demands that Union Pacific reopen three at-grade and one below-grade railroad crossings it had closed in 2009 along the eastern boundary of the Imperial Sand Dunes.

The three at-grade crossings include those commonly referred to as Ruthven, Clyde and Cactus, while the below-grade crossing was a culvert underneath the railroad best known as Wash 10.

“The Wash 10 crossing, and other crossings, were unlawfully closed by UPRR, but even more, the closure has created a public safety hazard that must be addressed,” the plaintiffs’ complaint stated.

The CPUC complaint also cites the subsequent OHV usage of an alternative route across the railroad tracks at Highway 78 near the Glamis Beach Store and the injuries and death that have resulted from the previous crossings’ closures.

“We honestly think that it’s safer to have known, designated well-marked crossings to reduce chances of riders taking matters into their own hands,” Griggs said.

Since 2010, stakeholders have met in an attempt to remedy the situation, but have yet to arrive at an agreeable solution, according to the complaint and Union Pacifics’s response to it.

CPUC has jurisdiction over the point of railroad crossings, and the terms of installation, operation, maintenance, use and protection of a public or publicly used road or highway that is crossed by a railroad, according to CPUC code.

“The fact of the matter is that additional OHV access has not yet been constructed because the interests of the various stakeholders have not yet aligned; no public agency has been identified as an appropriate and willing road authority for a project; law and public policy limit the options for some stakeholders to participate or make concessions, and funding for constructing and maintaining an appropriate structure has not been identified,” Union Pacific stated in its response.

In its response filed Oct. 31, the railroad also contends plaintiffs have no legal standing to file such a complaint, since neither ASA nor EcoLogic is a public agency that can propose a public crossing.

Union Pacific’s response also highlighted its past willingness to have discussed the matter with stakeholders, and its current preference for having the revived issue handled by a neutral party as part of an alternative dispute resolution process.

Since having been elected in 2012, county Supervisor and current Chairman Ray Castillo said he has become aware of the OHV community’s calls for the re-opening of the shuttered crossings.

More recently, the county Board of Supervisors has not been formally involved in any discussions regarding the CPUC complaint or the renewed talks among Union Pacific and plaintiffs.

“We certainly need to be a part of that,” Castillo said.

The closure of the OHV crossings, which the railroad contends were never meant for public use, also has greatly restricted the public’s accessibility of designated OHV trails on public lands administered by the Bureau of Land Management east of the railroad tracks, Castillo said.

Additionally, the railroad crossings’ closures have also greatly restricted OHV riders from legally traveling to the Boardmanville Trading Post located on Ted Kipf Road, which in turn has severely curtailed business at the iconic bar and eatery, he said.

While acknowledging that Union Pacific’s decision to close the railroad crossings historically used by OHV users was prompted by safety concerns, he questioned why the railroad has yet to agree to fund the establishment of a designated OHV crossing.

In its answer to the CPUC complaint, Union Pacific stated that across the nation railroads have been working with state and federal partners to reduce risks to the public related to railroad operations.

In 2017, California had 38 grade crossing fatalities, while in 2016 it had 52, figures that surpassed those recorded in any other state, the railroad reported.

“This means that California has a particular interest in driving further improvements,” Union Pacific stated in its answer to the CPUC complaint.