Ryan is responsible for managing the Field Office’s priority programs and initiatives to include processing National Environmental Protection Act actions, including multiple geothermal, mineral material, and other mining and realty actions.  In addition, he is responsible for managing a very active recreation program, including management of the Imperial Sand Dunes Recreation Area (ISDRA), the largest mass of sand dunes in North America.  ISDRA is a favorite place for off-highway vehicle enthusiasts, offering breathtaking scenery, opportunities for solitude, and a home to rare plants and animals.

Prior to his position as the El Centro Field Manager, Ryan served as the Associate District Manager in the BLM Colorado River District in Arizona.  He also served as a budget officer for the National Operations Center in Denver and has held several management and budget analyst positions in the Southern Nevada District Office.  Ryan holds a Bachelor of Science degree from the University of Nevada Las Vegas in business administration for accounting.

When Ryan is not working, he enjoys vacationing with his wife and four children.  His favorite family vacation spots include the beaches and theme parks of southern California.  He also enjoys spending time with family and friends in western Montana. 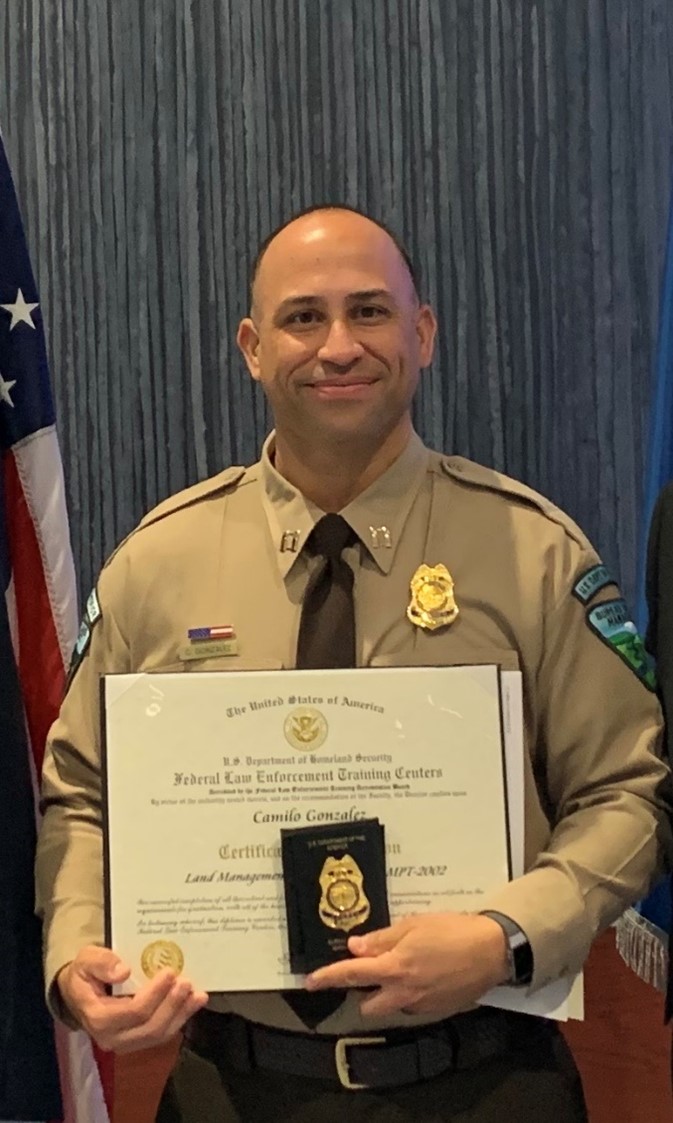 BLM El Centro Field Office Chief Ranger Camilo Gonzalez is from Los Angeles, California.  He is an Army veteran who started his law enforcement career in January 2001 as a dispatcher for the City of Huntington Park in southeast Los Angeles.

Camilo is responsible for the implementation of the El Centro Field Office law enforcement program, which includes supervision of up to 13 law enforcement rangers and an evidence technician.

Before his position as Chief Ranger for the El Centro Field Office, Camilo was hired by the Imperial County Sheriff’s Office in November of 2003 as a Deputy with his first assignment as a Resident Deputy of Palo Verde.  His roles during a 16-year career with the Imperial County Sheriff’s Office include field training officer, canine officer, narcotics and DEA task force assignments, SERT team (SWAT), and promotion to Sergeant as a patrol supervisor before transferring to the Off-Highway and Boating Division.

Camilo currently resides in Imperial County with his wife and three children.